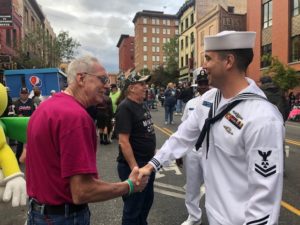 by Treasure State history and culture — and the friendliness and support of the Montanans they met.

Led by the Chief of the Boat, or MONTANA’s senior enlisted sailor, Mel Walker, the crew members had a full schedule designed to give them a true feel for their namesake state. 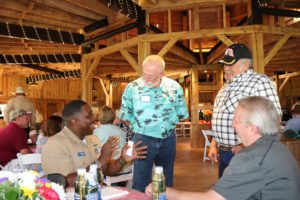 Chief of the Boat, Master Chief Mel Walker, visits with attendees at a community ambulance fundraiser in Twin Bridges

With Master Chief Walker were Petty Officers Benjamin Hanks and Jacob Kruse. Hanks, a Machinists Mate First Class Nuclear, is Engineering Watch Supervisor, the highest enlisted supervisory qualification available in the engine room. Kruse, A Machinists Mate Auxiliaryman Second Class, is in the process of qualifying as one of the boat’s pilots, the highest enlisted supervisory qualification in the tactical portion of the ship.

The three visited Butte and Bozeman. There they stayed at Montana Tech and toured the new engineering building at Montana State University. In both cases they learned about advantages of Montana’s higher education opportunities. 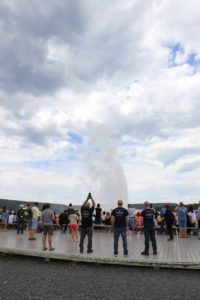 They toured Yellowstone National Park and the Hebgen/Quake Lake areas.

In their park travels they saw a wolf and grizzly, and watched Old Faithful erupt. 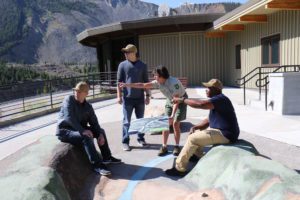 They experienced how a rural community was raising money for an ambulance, at the historic Round Barn at Twin Bridges.

In Butte, the USS MONTANA sailors were treated to a breakfast with local veterans and NorthWestern Energy employees and leadership. 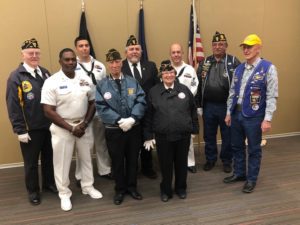 Submariners and other veterans with MONTANA crew

It was a great way for employees to learn about the submarine, and the highlight of the morning was the stories shared by veteran submariners to the group.

That night the crew members were honorees, along with veterans of the submarine service and all military branches, at a Music on Main Street Military Appreciation Night in uptown Butte. 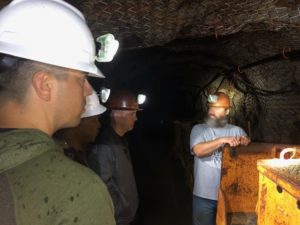 Underground in the Orphan Girl Mine

They explored Butte’s mining history, including going underground to the 100 foot level of the Orphan Girl mine at the World Museum of Mining. 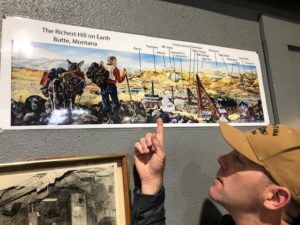 The Richest Hill on Earth becomes real in Butte

There they heard about even the special language of the miners that came from scores of countries around the world, like, “Cheat yet?” “Nah, twirly.”

And they learned about the history of those who brought the first law and order to the rough-and-tumble Montana Territory, the Committees on Vigilance.

Until citizen “vigilantes” began taking matters into their own hands, the Territory and its gold-rush-spawned communities were rife with crime, from hold-ups to corrupt so-called lawmen. 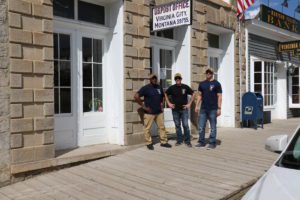 In the restored mining town of Virginia City the crew members learned more about the history of the “3-7-77” vigilante warning sign that is prominent on the MONTANA’s official emblem.

It was this symbolism that led to the crew’s early decision to call themselves the Vigilantes of the Deep who would be proud to lurk on-scene, unseen, and vigilant, in defense of our nation. 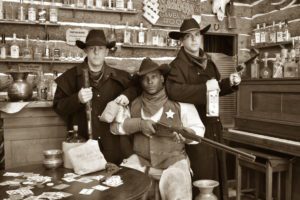 By the time they ended their Big Sky visit with a Big Hole River float trip, the crew members had touched Montanans everywhere they went by their respect and appreciation for the warmth and support of so many new Big Sky Country friends. And each had wonderful stories to take home to their shipmates…