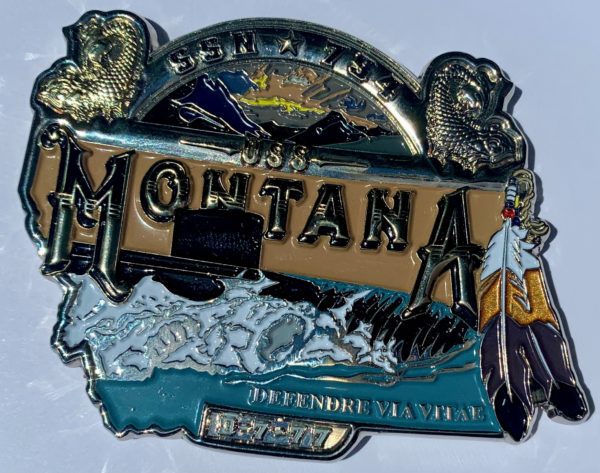 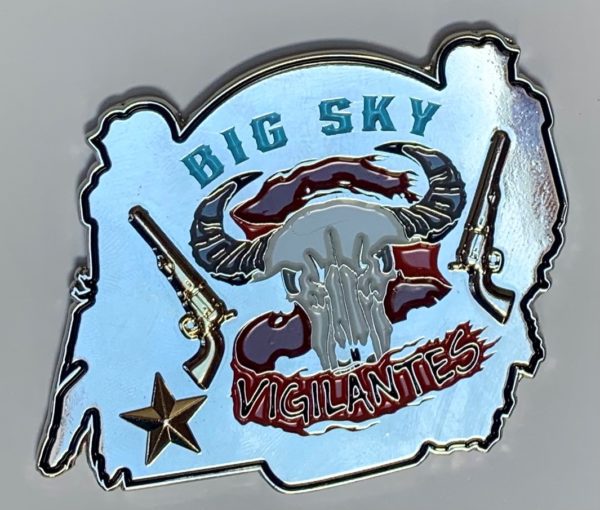 The USS Montana coin features the powerful and inspiring emblem of the state’s future namesake warship. Described in more detail elsewhere on our website, the emblem is infused with symbols of Montana history and culture. Examples include the gold and silver theme reflecting the Montana state motto, Oro y Plata, shown by the dolphins worn by qualified submariners (gold by officers, silver by enlisted sailors). The official state animal, the grizzly bear, provides a bow wave escort. And two eagle feathers salute the proud heritage of Montana’s Native American citizens whose warriors not only defended their way of life, but whose many veterans are continually honored for having fought for the Unites States of America in every modern conflict. Purchasers of coins will receive a special card describing the USS Montana emblem.