Christened on September 12, 2020, the future USS MONTANA (SSN 794) will be among the most advanced submarines in the world when she is commissioned in late 2021 and becomes a part of the U.S. Navy fleet.

A Virginia Class nuclear-powered fast attack submarine, the USS MONTANA will have the most advanced stealth capability. This will enable critical Intelligence, surveillance and reconnaissance operations. She’ll be lethal, able to protect carrier and expeditionary strike groups, as well as hunt and destroy enemy attack and missile submarines and surface ships.

The USS MONTANA will have the ability to precisely navigate in shallower waters to come close to adversaries. She’ll be multi-mission-capable, able to deploy and detect mines, launch Tomahawk cruise missiles against land targets, and insert entire platoon-size Navy SEAL special operations teams into dangerous areas, all while submerged.

Construction completion and testing pier-side will lead to sea trials in 2021, with acceptance by the Navy and commissioning likely later in the year.

Members of the crew are standing 24-7 Engineering Department watches because of the fueled nuclear power plant. And each of the more than 130 sailors assigned to MONTANA is undergoing intense training in areas ranging from “piloting” the leading-edge warship, to weapons systems, to operating and maintaining the many other systems that are critical to sustaining the fighting ability and crew of MONTANA “on scene, unseen” for long periods.

Following commissioning, the USS MONTANA is expected to serve our nation with a range of missions around the world for more than three decades.

For her entire service life, the USS MONTANA will have the support and prayers of all Montanans. 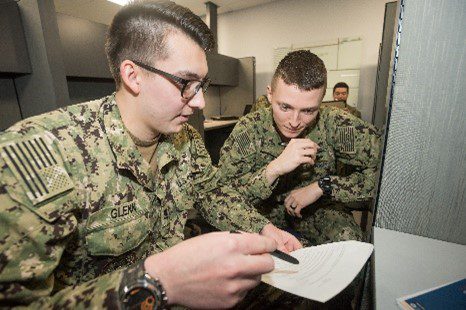